Brazil Coach Tite, who will reassess the fitness of Neymar in the final pre-game training session before the fixture with South Korea, hints at his possible return.

Brazil qualified early for the knockout round, while South Korea took to the last event to confirm its advancement. Costa’s side wants to make it big by entering the quarterfinals, and so does Tite’s side. The Korean team looks fine as of now; however, Brazil is wishing for the return of Neymar back to the field.

The forward left the pitch with an ankle injury sustained in the match against Serbia. Brazil won that event 2-0, only to lose Neymar for the rest of the group-stage events. As a result, Brazil could only net the ball once. Kudos to the defensive stretch for not conceding a single goal. The same cannot be said for the match that was played against Cameroon, as the Central African country scored the only goal to personally hand over a 1-0 defeat to mighty Brazil.

With the help of Neymar, Richarlison scored twice against Serbia. Casemiro carried the fort against Switzerland after losing Neymar to injury. What one expected to be an easy fixture ended with a final tally of 1-0 in favor of Brazil, with the sole goal coming in the 83rd minute.

In a nutshell, Neymar’s presence is paramount to the Brazilian side, according to the experts’ opinion and prediction.

Coach Tite addressed the media conference and said that Neymar’s fitness will be assessed during the final pre-game session. If he is found fit, then he will venture onto the field to add scores for the side. Tite has given hints that Neymar is likely to come back after he heals from an ankle injury.

Neymar is accustomed to such situations. Eight years ago, Juan Camilo of Columbia shoved his knee into the back of Neymar, causing him to suffer a back injury. It was a matchup in the quarterfinals.

He will look to motivate himself as the current injury is not as serious as the previous one. Tite has hinted that he might come back, so the Brazilian team has probably already started making plans for a new formation to use against South Korea.

The loss to Cameroon is less likely to bother the champions because Argentina also suffered an upset loss to Saudi Arabia in its Group match. 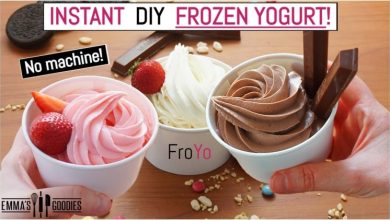 Can You Do Without Frozen Yogurt?